An American Surrogate Had His Baby. Then Coronavirus Hit. 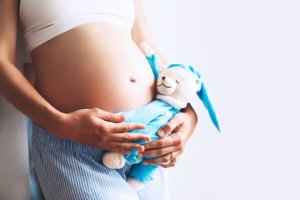 The subject line on the email, sent Feb. 3, was innocuous enough: “My possible delayed arrival in Seattle.” But what was inside would be life-changing, for both the sender and recipient.

Eight months earlier, Sierra Martin, a 23-year-old woman from Washington state, had agreed to be a surrogate for a gay man in China. Martin had always wanted to be a surrogate, and had even applied to be one before she was legally old enough to do so. (“I just don’t mind being pregnant,” she said in an interview.) She was thrilled when she came of age around the same time Washington passed a law allowing for compensated surrogacy.

The intended father, a 50-year-old medical researcher who we are calling Li, had been thinking of hiring a surrogate for years. He desperately wanted a child, but adoption in China is restricted to heterosexual couples. And since surrogacy is illegal there, he had to look abroad. It took five years of research—and one failed surrogacy attempt—before he found Martin. When the embryo implantation worked on the first try, he was overjoyed.

Then the coronavirus hit. Shortly after the new year, China reported its first death from the virus. Within a month, it would have over 200 cases.

Chinese infants born to Chicago-area surrogates are stranded in the U.S. without...
Scroll to top