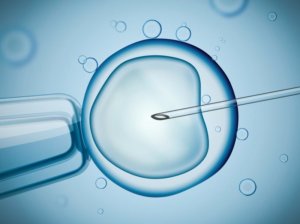 After years of struggling with infertility, Prison Break actress Camille Guaty is expecting a baby boy this fall with husband Sy Rhys Kaye.

“The day the nurse called to tell me I was pregnant, I burst out crying!” the 43-year-old TV star tells PEOPLE exclusively. “I made her say it to me four or five times. I feel so grateful now and can’t wait to meet our son.”

Guaty’s emotional journey to motherhood began nearly six years ago when she and her songwriter-producer husband began trying for a baby naturally when she was 37.

A year later, Guaty and Kaye, 39, visited their first in-vitro fertilization clinic, where the actress was told her ovarian reserve was “equivalent to that of a 50-year-old.”

“You never think this is going to be your story,” she says. “Women come up to me and say, ‘If you’re 43 and pregnant, I have plenty of time!’ I just want to say, ‘It didn’t happen the way you think it did.’”

The couple went through five failed rounds of IVF and also tried intrauterine insemination — which involves placing the sperm directly into the uterus — but were still unable to get pregnant.

Two years ago, Guaty visited another doctor in New York who felt confident about her chances of conceiving and put her on a three-month regimen to start her sixth round of IVF.

“I thought he was the end-all, be-all,” says Guaty. “But then I took such a nosedive in my fertility in those three months that he was like, ‘I don’t know what happened!’ My fertility was pretty much nonexistent.”

Push in Germany for legalisation of surrogacy
Scroll to top