I.V.F. Coverage Is the Benefit Everyone Wants 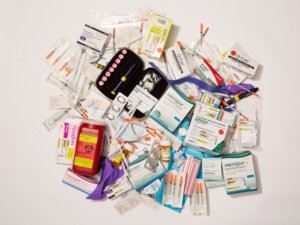 Fertility drugs and treatments are expensive, but employers have increasingly begun to cover their cost.

The last time she had been on the job market, Ms. Burns said, “I wanted the ability to work remotely, and of course I wanted the biggest paycheck I could get.” Now she had a different priority: fertility coverage.

Ms. Burns had prepared well for a baby, even moving to a master-planned community in San Marcos, Calif. “We moved to this neighborhood specifically for the great schools and the extra bedrooms to put the kids in,” she said. “It’s completely suburbia.”

But as time ticked by without a bundle of occasionally shrieking joy tucked into one of those extra bedrooms, she felt discouraged. She cut out caffeine, took long walks with her rescue dog, Blu, and focused on reducing her stress, which was hard to do because the main reason she was stressed was that she couldn’t get pregnant.

What Are My Reproductive Options if I Have Mitochondrial Disease?