Judge: Gay couple’s child born in England is a US citizen 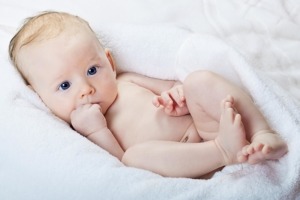 ATLANTA — A federal judge in Atlanta has ruled that the daughter of a married gay couple in Georgia who was born via surrogate in England has been an American citizen since birth, and ordered the State Department to issue a U.S. passport for her.

U.S. District Judge Michael Brown wrote in an order issued Thursday that the girl is not required to be biologically related to both of her U.S. citizen parents to be eligible for citizenship.

“We are so relieved that the court has recognized our daughter, Simone, as the U.S. citizen she has been since the day she was born,” Mize said in a statement. “When we brought Simone into this world, as married, same-sex parents, we never anticipated our own government would disrespect our family and refuse to recognize our daughter as a U.S. citizen.”

The State Department, which has appealed similar orders in other cases, is aware of the ruling and is reviewing it with the Department of Justice, according to an an agency spokesperson.

Derek Mize and Jonathan Gregg filed a lawsuit in July 2019 after the State Department refused to recognize their daughter Simone as a U.S. citizen. Simone was born in July 2018, three years after the couple got married.