The Latest Issue in Divorces: Who Gets the Embryos? 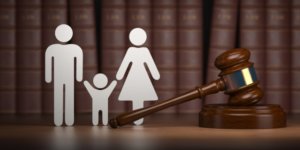 When Peter Goldin, a 44-year-old communications director, and his husband decided to start a family through in vitro fertilization, they faced mounds of paperwork at the fertility clinic.

The couple, who used one embryo to have a daughter, decided that if they broke up, Mr. Goldin would be the one who decided what to do with their one remaining embryo, since it was created with his sperm and a donor egg.

But Mr. Goldin said that when he and his husband separated last year, his husband no longer wanted him to have sole authority to determine what would happen to the embryo.

“He had forgotten what he had signed at the clinic,” said Mr. Goldin, who, with the help of a lawyer, ultimately gained custody after a month of back and forth.

Mr. Goldin, who lives in Richmond, Va., said he would advise couples trying to have a family through I.V.F. to draw up a legal contract detailing each partner’s rights rather than to rely solely on the fertility clinic forms.