When insurance covers IVF, more women use it 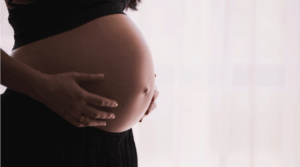 (Reuters Health) – When insurance covers in vitro fertilization, more women struggling with infertility, especially those with limited financial resources, will use the method to improve their chances of having a baby, a new study suggests.

Researchers found that when the University of Michigan’s health insurance plan started covering IVF, use of the technology nearly tripled overall and increased by more than nine-fold among employees and dependents in lower-salary brackets, according to the report published in JAMA.

“It’s important to realize that infertility is a disease and unlike many other diseases, historically it has not been well covered by health insurance,” said study leader Dr. James Dupree from the University of Michigan in Ann Arbor.

“Infertility does not appear to discriminate based on how much money you have or what kind of job you have. But people are not using IVF in the same way,” Dupree said. “Insurance can help mitigate those disparities.”

Dupree and his colleagues hope their findings will spur decision-makers in state governments and at companies to decide IVF ought to be covered, “from an access to care equity perspective,” he said.

“As a urologist, I see the heartbreak, anguish and stress all the time,” Dupree said. “I tell people we have this great treatment that will allow you to have children with your DNA. Then they start asking how much it costs. When they say they can’t afford it, it’s heartbreaking.”

When the University of Michigan began to cover IVF in 2015, Dupree and his colleagues saw an opportunity to study how big of an impact insurance coverage might make.

The researchers pored over claims data from October 2012 to January 2017 for women aged 22 to 42. For the years 2015 through 2016, they were able to find information on IVF claims directly, unless women used clinics not affiliated with the university. For women who used a different clinic between 2015 and 2016 and women who might have had IVF before it was covered, the researchers needed to use surrogate measures to determine who had the procedure.

In those cases, “since we couldn’t look for a bill for IVF, we needed a different method,” Dupree said. “When women go through an IVF cycle they are given a very specific pattern of medications and they receive certain patterns of ultrasound, which were covered benefits that are visible in the paid claims.”

When they looked at IVF use according to the insured employee’s salary, they found the biggest jump – more than nine-fold – in low-salary brackets, with rates rising from roughly 8 per 10,000 women to nearly 79 per 10,000 in the low-salary group.

Fairness isn’t the only reason for insurance companies to start paying for IVF, said Dr. Mark Perloe, a reproductive endocrinologist at SGF Atlanta.

When women with infertility problems don’t have coverage for IVF, they are often resort to other means in their struggle to have a baby, Perloe said.

Among those methods is the use of drugs that stimulate the ovaries to produce more eggs in a given cycle. And that “dramatically increases the risk of multiple births,” Perloe said.

Twin births in the US finally decline as fertility treatment becomes more c...
Scroll to top